ZFS install/boot fails; no such pool and/or Could not find the root block device

Hello!  I have tried many times to get this to work based on the fine ZFS_Install_Guide but I consistently fail at this point (see screenshot).

Both the kernel and initramfs are completely rebuilt using genkernel, but it can never find 'rpool' as the root device.

Any guidance is appreciated! 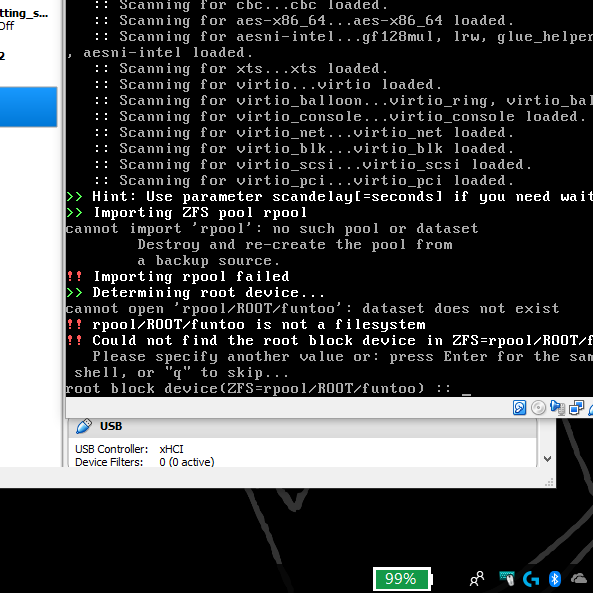 8 answers to this question