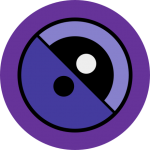 Trying to emerge dev-java/ant-core (in the course of emerging libreoffice), I got the error:

I do have dev-java/javatoolkit installed.

I tried looking at the function java-ant_xml-rewrite() in core-kit/eclass/java-ant-2.eclass to fix it, but I don't even know what an eclass is. I did manage to figure out that it was looking for a file /usr/lib64/javatoolkit/bin/xml-rewrite-2.py, but all the files installed by dev-java/javatoolkit are in /usr/lib/javatoolkit/ instead. The "lib64" comes from a function get_libdir, and I don't know where that's defined.

I created a symlink /usr/lib64/javatoolkit pointing to /usr/lib/javatoolkit and then the emerge worked.

2 answers to this question